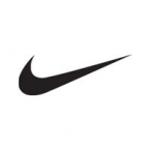 Originally from Swindon, England, Steve has both played and coached professionally around the world. Steve started at Southampton FC Academy before signing a professional contract for Cheltenham town FC in League 1 of the English football league. Steve went on to play for numerous clubs in England and finished his playing Career for Dandenong Thunder in the Victorian Premier league in Australia.

While still playing the game professionally Steve started his coaching Education with Swindon Town FC and earned multiple qualifacations through the English FA.

In 2012 Steve made the move stateside, after a brief few months coaching in Orange County California, was offered a opportunity to become a Regional Director for Youth Elite Soccer and was based out of Toyota Park the home of MLS club Chicago Fire. Steve also become a coach For the Chicago Fire Academy.

Steve evantually moved back to Orange County to become a Head Coach and Girls Director of the Irvine Slammer SC (now LA Galaxy Orange County). Steve spent four years at the club and was part of one of the most successful Girls programs in Southern California that have Teams at ECNL and DA Level with a high number of players moving on to play at the Collegiate level.

In 2016 Steve moved to Texas and has worked as the Girls Director of AYSES Soccer Club in Dallas before moving to the Waco area.